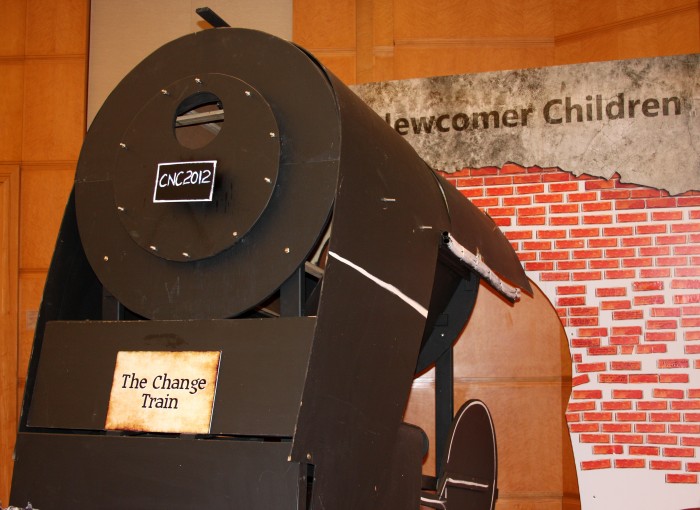 Change.  Some people like it.  Others avoid it whenever possible. But change does make everyone anxiously wonder: “How will it affect me? Will I be able to manage it? And will it make things better or worse?”

At the 2012 Conference, we asked attendees to get comfortable with change and embrace it as a sign of good things to come. 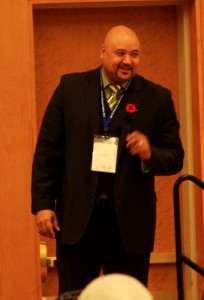 Identifying himself to the audience as “one of your people,” and someone “who has changed more than a few diapers in his time,” CMAS’ own Paul Jackson opened the conference with charm, wit,and details of the schedule.  As emcee, he kept the audience informed and at ease…and the event on track. 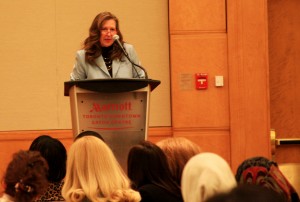 Veronica Barnes, Regional Director of Integration Programs for Citizenship and Immigration Canada, was up next with a warm welcoming address.  While she connected with the audience immediately, she captured the hearts in the room with her announcement the new name of CNC.  It was a golden moment, recognizing the importance of the job—and it was greeted by thunderous applause. 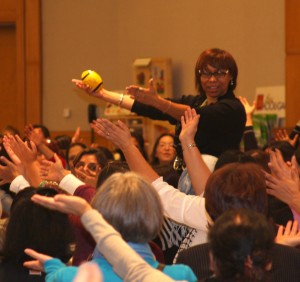 Former Executive Director of a social services agency and professional speaker, Rosita Hall, was introduced next, and the entire room became her podium! Rosita worked the space, engaging each and every participant as she spoke about embracing change and moving forward.  Aptly titled, You’ve Got the Power, her keynote speech generated a lot of laughs… and a lot of nodding heads.  She also asked the audience to write down changes they want to make on paper bricks. Inspiring everyone to get off the “Fuss Bus” and board the “Change Train”, she made change seem not only exciting, but also necessary for personal and professional growth. Rosita’s keynote truly set the stage for the rest of the conference.

Through four sessions, attendees were able to build their schedules according to their interests.  From workshops on the ELECT framework and Linguistically Appropriate Practice to ideas for activities and curriculum, there was something for everyone.  Judging by the buzz in the main hall during break time, workshops got people thinking…and talking.

On everyone’s mind—and agenda—was the Care for Newcomer Children (CNC) orientations.  These workshops, presented by CMAS representatives, gave the audience an overview of the changes to come, as well as the opportunity to ask questions.  Feedback was overwhelmingly positive.  In fact, many left breathing a sigh of relief, recognizing that the CNC model echoes a lot of what they do already. 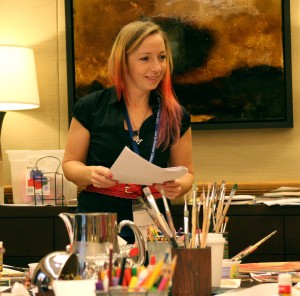 New this year?  Share Sessions—highly interactive workshops on the topics of Messy Play, Engaging Parents, and Transitions and Schedules—were added to the mix. Prior to the conference, participants who registered for these sessions were encouraged to bring in photos, activities and ideas of what they are doing in their centres.  These dynamic discussions brought programs to life, and allowed everyone to learn from seasoned professionals: each other!

Between sessions, there was always something to keep participants busy, including great food, reconnecting with old friends, and making new ones. Throughout the conference, an author’s table was set up in the lobby.  This was a wonderful opportunity to speak with experts on subjects related to newcomer child care.  The chance for conversation also extended into the evening, with CMAS-hosted activities to Little India and Honest Ed’s. 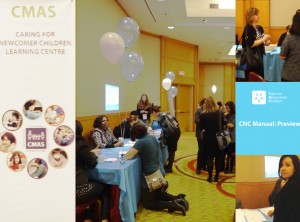 The CMAS Booth in the ballroom was a hub of activity and reflected the theme of “change”. On the first day of the conference, CMAS staff were on hand to give out resource packages at the CMAS booth CMAS.  Day Two meant a shift to a CNC theme, including distribution of CNC-related packages, and a running presentation on the new model.

Also occupying the perimeter of the ballroom were a variety of trade show exhibitors selling samples of their merchandise and distributing their catalogues.  Many also generously donated prizes for the individual workshop sessions and for draws at the conference close.

Parting Ways on the Change Train

With the final session complete and lunch served, Rosita returned to the ballroom to ensure everyone was prepared to board the Change Train.  The backdrop to her closing remarks was a train barreling through a wall made of the paper bricks, now filled with planned changes.  Once again, Rosita infused the room with her energy and passion, motivating participants to find the power within to make positive changes in their lives…and to join a train-themed conga line.

Like all good things, the conference had to come to an end.  Fortunately for all involved, that end has pointed the way to many exciting beginnings.

Special thanks to everyone who participated to make this year’s conference a success!