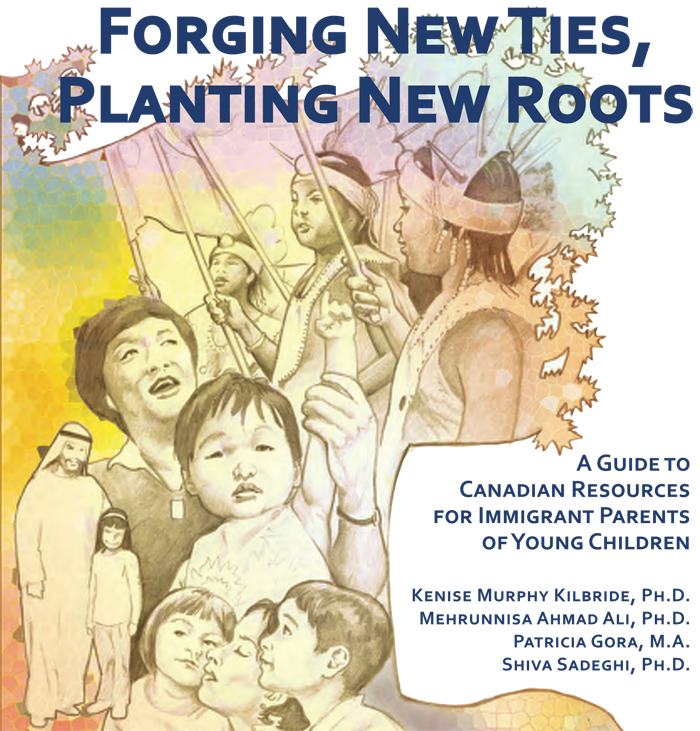 A guide to Canadian resources for immigrant parents of young children

It’s 2:00 in the morning and Julia’s baby, Cassandra, has been crying nonstop for about an hour. She knows Cassandra has a fever and is worried it’s getting worse. She thinks to herself, can I take her to the doctor or hospital? I think she needs medicine, but where would I find it? Julia knows she has to do something, but just doesn’t know what it is. She’s been living in Canada for only three weeks.

Families who immigrate to Canada with young children have many concerns and questions about “how it’s done here” and where they can turn for help and resources. It’s a very stressful situation to move to another country, and even more so for families with younger children.

Research has shown immigrants want and need resources and information all in one place that is well organized, and in their own language, to help them better integrate into their new country; something the internet just can’t offer them.

“Forging New Ties, Planting New Roots: A guide to Canadian resources for immigrant parents of young children” (2nd edition, 2010) is a handy 100-page book of information and resources about everyday settlement issues facing immigrant families with young children; a section of the immigrant population that seemed to have no resources devoted to their specific needs according to one of the book’s authors, Kenise Murphy Kilbride, Professor Emerita and Adjunct Professor in the School of Early Childhood Education at Ryerson University in Toronto, Ontario.

“This guide tells immigrant families where Canadian families go for these kinds of resources,” says Professor Kilbride. “They are seeking out Canadian resources, meeting other Canadians, and learning how Canadians help themselves. These are all tools for integration.”

In 2003, tired of doing studies that languish on shelves and the people who contribute to the process getting nothing out of it, Professor Kilbride, with funding from Human Resources Skills Development Canada (HRSDC), decided to take what research participants said they were desperate to know about and put it in a book and companion DVD in nine different languages.

With the success of the first edition, Citizenship & Immigration Canada (CIC) funded the update of a second edition that boasts more information and is translated into 33 languages.

The guide is divided into three major sections. The first section, “Concerns about Children” includes information about health care, childcare, schooling, safety, and raising children in Canada. In the section “Family Well-Being”, families can learn about parental well-being, the Canadian legal system, housing, employment and managing finances. The final section lists resources, both nationally and provincially, where families can seek out more information or direct assistance.

This guide is not only for immigrant families to use but can be an excellent resource for caregivers of newcomer children, settlement workers, and anyone who is interested in meeting the needs of immigrant families. “We’d like to have people who work with immigrant families use these resources one section at a time. Run a workshop and focus on each topic or section,” suggests the author.

She also wants all of us to help immigrant families to learn more about the topics they don’t usually think of such as recreation and relaxation. “Parents coming to a new country put housing, employment, and children as their focus of responsibility and forget about themselves. It’s easy for them to forget about stress and not address their own physical and mental health. We want very much to have them rethink it and learn the ways Canadians find resources to relieve stress.”

Look for your copy to arrive before the end of 2011!

Kenise Murphy Kilbride, Professor Emerita and Adjunct Professor in the School of Early Childhood Education at Ryerson University, is the Senior Scholar at CERIS – The Ontario Metropolis Centre.

If you have any advice for a future edition, the author would like to hear from you. You can contact Professor Kilbride at kilbride@ryerson.ca

Written by Teresa Ierullo for CMAS.